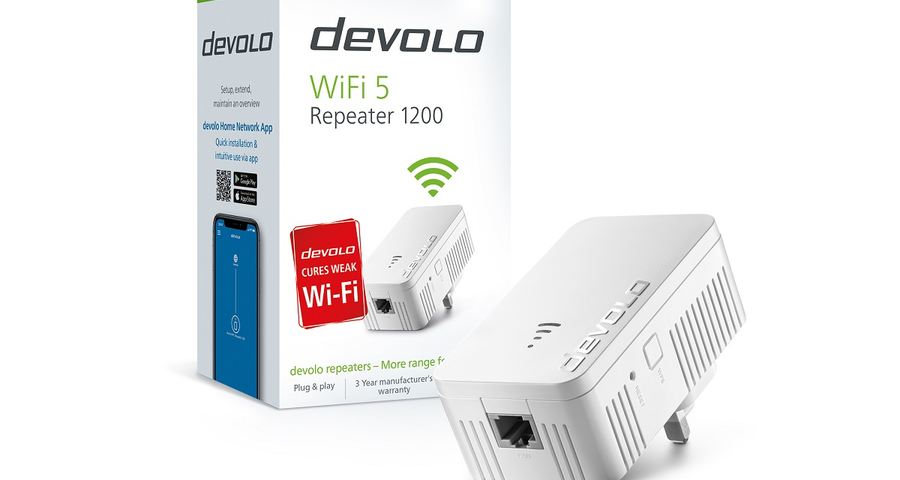 Fast Wi-Fi provides us with a solid online connection when working from home and allows us to have more fun while streaming videos or gaming online in our free time. There are a lot of households, however, where the dream of wireless high-speed Internet isn't panning out. The reason: one router is…

"Are my data secure?" This is one of the most frequent questions asked on the topic of smart homes. Users want a smart home solution that provides greater comfort and convenience, helps to save energy and adds security to their homes. Also, data communication and the storage of personal data should…

Wouldn‘t it be nice if our home were a little smart? If the coffee machine brewed coffee right when you get out of bed, the bath is already warm in the morning and electrical devices could be switched off easily on the way to work using an app? All these things and more can be done with devolo Home…

At IFA 2017, devolo is debuting the new dLAN 1000 product line. All new Powerline adapters from the 1000 series transmit video and audio streams and all other data via the household electrical wiring at gigabit speed. This turns any power socket into a fast Internet connection. Thanks to…

The magic of a perfect connection. devolo at IFA 2017

Just a few more days, and then it is finally time: IFA is opening its gates and attracting visitors from the entire world to Berlin. Set up at Stand 129 in Hall 6.2 under the slogan "The magic of a perfect connection", devolo presents innovative solutions for the best whole-home WiFi, a new gigabit…

devolo has released the latest update for Home Control - in the form of a new app offering a wealth of new functions for Android devices. Now it is possible to configure scenes, rules, time control settings, groups and notifications right in the Home Control app. This update gives Android users the…

devolo is making the Home Control app for iOS-devices even better with the next major update. Starting now, Home Control users are able to adjust all settings concerning scenes, rules, time control settings, groups and notifications right in the app. The new update enables a complete configuration…

A very special success story started in Aachen 15 years ago. In May of 2002, Heiko Harbers founded devolo AG with his management team. In a fifteen-year timespan, that small, manageable team evolved into a company that is now the world leader in its market segment, with 300 employees and more than…

devolo enables smart connectivity and inspires consumers as well as businesses to embrace the opportunities of our digital world. devolo home networking solutions bring high-speed Internet and perfect mesh Wi-Fi to any corner of the home – via the existing electrical wiring. Additionally, in the professional sector, devolo makes the vision of the comprehensively networked Internet of Things a reality. The company was founded in 2002 and is represented in 19 countries with its own subsidiaries and partners.
Learn more about devolo

Are you a member of the press …

and looking for more information? Then please get in touch with our press contacts.